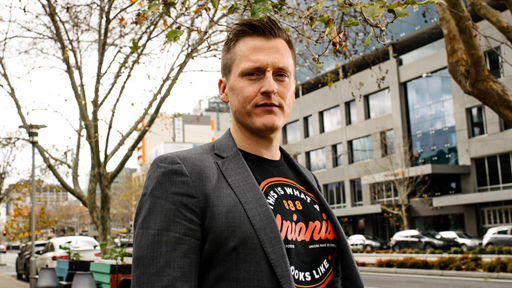 The peak body for the labour movement in South Australia, SA Unions has new leadership after the election of Dale Beasley as Secretary, Demi Pnevnatikos as President and John Adley (Vice President). The three join existing Vice President Natasha Brown.

Dale and Demi replace Angas Story (Secretary) and Jamie Newlyn (President) who stepped down at the recent SA Unions election.

“I come to this position at a time when workers in South Australia face massive challenges."

“With our key industries already in transition and our economy turned upside down by the COVID-19 pandemic the future of work in SA is more uncertain now than ever."

“Systemic wage theft, low wage growth, mass casualisation and the exponential growth of the gig economy have meant that work for thousands of South Australians is becoming increasingly insecure."

“South Australian workers need jobs they can count on. Secure jobs that provide fair and decent incomes, so people can make important life decisions like buying a house and raising a family."

“The pandemic has also reminded a lot of people why it’s so important to belong to a union and we’ve seen membership growth across most unions for the first time in some years."

“One of my jobs will be to continue that trend and there are things that need to change in the union movement if we’re going to reach out to people and connect them with their union.”

“South Australians need jobs that are safe and sustainable. Not just physically, but mentally."

“Even before the increased mental health pressures of managing COVID-19, of working in isolation from home, workplace mental health issues were the fastest growing cause of workplace injury in South Australia and this issue needs much greater focus from employers and government."

“South Australia also needs a long-term plan to transition our economy from its focus on traditional manufacturing to the new, modern, smart and high-tech economy of the future to provide high quality and well paid jobs.”

“SA Unions will be asking political parties to detail their position on these issues in the lead up to the state election, as well as the crisis in our health system and rampant public sector defunding and privitisation.”

The new leader of South Australia’s union movement has vowed to tackle toxic male-dominated workplace cultures and make the state safer for women to work.

In his first wide-ranging interview since becoming secretary of SA Unions this month, Dale Beasley has taken aim at men who contribute to creating culturally “dangerous” workplaces.

“Over the last year, there has been a huge spotlight shone on a lot of cases of dangerous workplaces,” Mr Beasley, 35, said.

“There’s a real big element that needs work, and that is changing culture and changing the discussion among men, and men need to take a lot more responsibility in driving that change in culture.”

Mr Beasley, who as a young chef helped uncover underpayment and bullying at the old Crowne Plaza hotel in 2010, said the statistics were “crystal clear” about who the main perpetrators of workplace sexual harassment were.

According to Australian Human Rights Commission figures, 79 per cent of workplace sexual harassment cases are perpetrated by men.

“I don’t like being caught up in that as a man; none of us should accept those stats,” Mr Beasley said.

“I want to change them because I don’t want that to be the way.”

Mr Beasley, a father of two young children, said he would take a strong stance against male toxicity by making the state’s union movement more “feminist based”.

After leaving the Crowne Plaza, Mr Beasley went on to become a union organiser with United Voice (now merged into United Workers Union) and Professionals Australia, where he eventually became director of the ACT branch.

“I am from a very different background to a lot of union leaders, I come from a campaigning background rather than a legal or industrial background,” he said.

“So, I am very big on bringing people together … (SA) is going to become a powerhouse of social movement.

“You are not just going to get empty slogans, we are going to transform positively and I’m going to put the union movement into a position where we are bloody persuasive.”

In one of his first actions in his new role, Mr Beasley has been working on a submission for the federal government’s Respect at Work Bill, which was referred to a committee after being introduced in the Senate last month.

It would also increase the amount of time people have to lodge a sexual harassment complaint with the Human Rights Commission, while giving the Fair Work Commission stronger powers to stop harassment in workplaces.

However, Mr Beasley believed it was “significantly limited in scope” and did not satisfy the Commission’s recommendation to expressly prohibit sexual harassment.

“I firmly believe that change needs to be both legislative and cultural,” Mr Beasley said.

“The Bill introduced in June requires significant changes to truly protect women in the workplace from sexual harassment and violence.”

Outlining his vision in the lead-up to the 2022 state election, Mr Beasley also vowed to help improve job security and underemployment while taking a stance against the privatisation of government services.